Showing posts from June, 2014
Show all

DC Made Me Dizzy 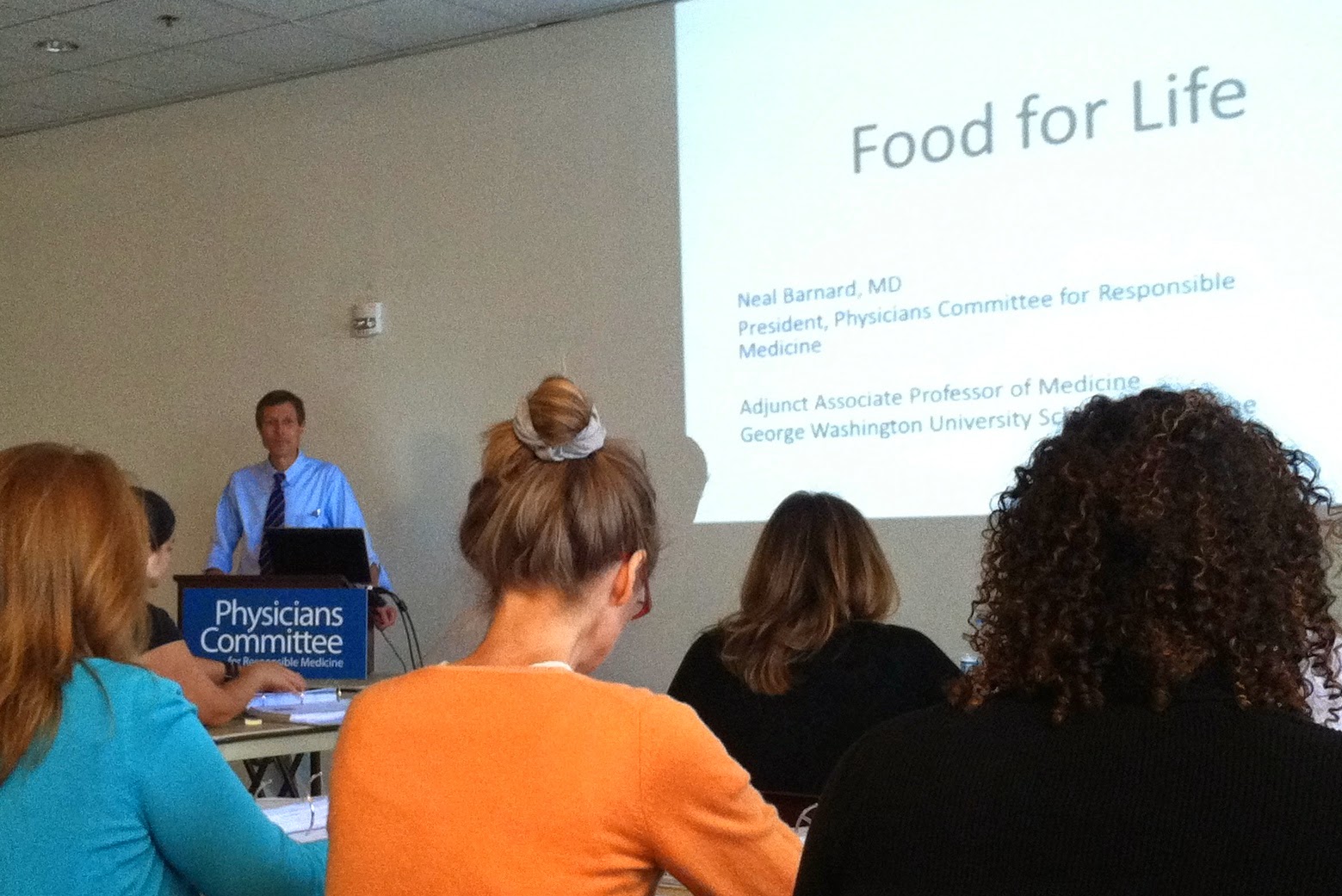 My whirlwind trip to Washington DC last week was both exhilarating and exhausting. The program I attended with Physicians Committee for Responsible Medicine was all I'd hope for, and actually a whole lot more. I came home loaded with information, both in my brain and in my suitcase, and now I have to spend time going back over all of it and really assimilating what I plan to teach. I had imagined myself traveling up and down the west coast, mainly Portland, Seattle, and San Jose, teaching Food For Life classes in all three places, since I'm in all of them often. It looks likes I'll be mostly confined to Portland though, since there are FFL Instructors all over the country (and the world!) and we're pretty much required to stick to our own home area. It makes sense, but it's also kind of disappointing. Maybe I can get them to work around this little rule, since I've found that there are no classes being offered in Seattle, and the closest classes to San Jose ar
Post a Comment
Read more 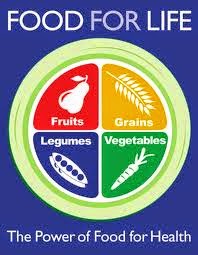 I'm posting early this week. It's going to be a busy one! I'm leaving early tomorrow morning for Washington DC, for the much anticipated PCRM Food For Life training . If you're unfamiliar with PCRM, they are the Physician's Committee for Responsible Medicine, and they are all about prevention and reversal of disease through plant based diet. The program I'll be attending is designed for nurses, dietitians, and other health care professionals, but somehow I got in too! There was a pretty extensive interview process, and only 60 people were chosen this year. It's not an on-going thing that can just be signed up for. I'm really rather proud of myself. This is exactly what I want to be doing in this part of my life - helping people who care about their health change their diets in simple, fun, tasty ways. I hope to soon be teaching lots of cooking classes here in Portland, as well as up and down the west coast. I'll talk more about it after I get ba
6 comments
Read more 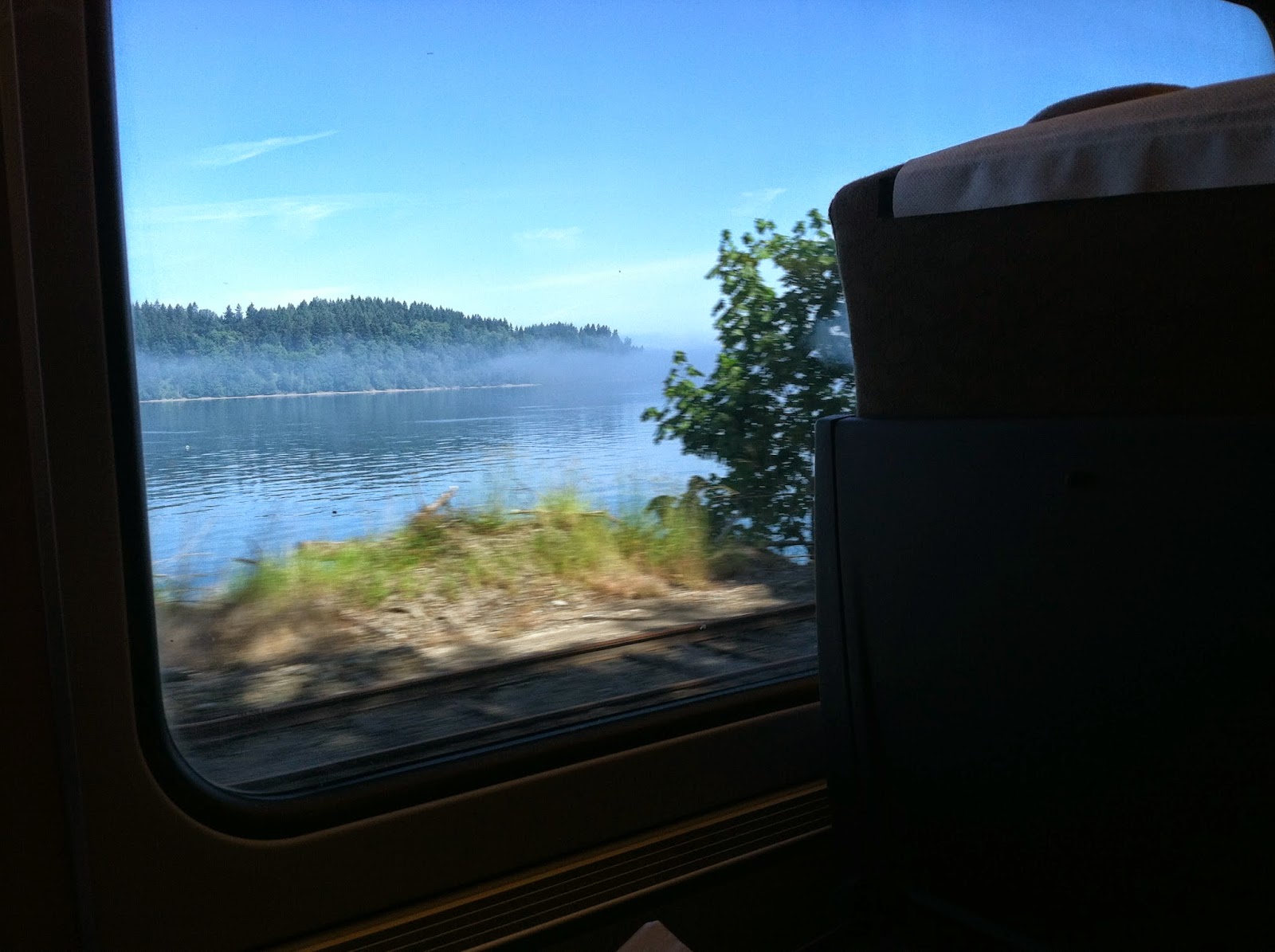 We knew Portland would be a great "hub" for us, positioned so conveniently between our families in California, Nevada, and Seattle. We've already seen several of these favorite people more in the last month than we used to in a year or more. I love it because it's no longer hard to say good-bye, knowing it could be a long time until the next visit. Now we just say "see you soon," and it's true. I took the train up to Seattle last weekend, mostly to visit my daughter, because she invited me. But I was also lucky enough to get in some time with my son and his lovely wife, as well as my dear friend Sally. The train ride is inexpensive, almost as fast as driving, and much more beautiful a route than the highway, following the Columbia River much of the way. I plan to do this as often as I get the opportunity! On the train. Waiting outside the Seattle station, next to Safeco Field. With my kids, Lauren and Danny. Danny works at Tesla. Yep, he&
2 comments
Read more I took a dance class at Bodyvox . It terrified me. It was not really a dance class. It was a stretch class in the form of dance. It was fun. It was scary. I felt awkward. I enjoyed it. I hated it. I wanted to hide. The mirrors made me very uncomfortable. I cried at the end when the instructor was kind to me. I'm trying to give myself permission to never go back. I'm also knowing that I need to go back. What's making me so bunched up and creepy-weepy is the fact that I'm the New Girl. And not in a cute Zoey Deschanel sort of way. I'm almost 57. ( Sheesh , how did that happen?) I've been in full stress mode for several months. I've gained weight. I feel lethargic and achy. Some days I sleep until almost 10:00! OH. MY. GOD. I am so not myself. And then, why would I be? I'm in a new city, where I know only a couple of people. I have no idea where my place is, where I fit in, what I'm supposed to do, or how I'm supposed to find it. I do not always l
6 comments
Read more 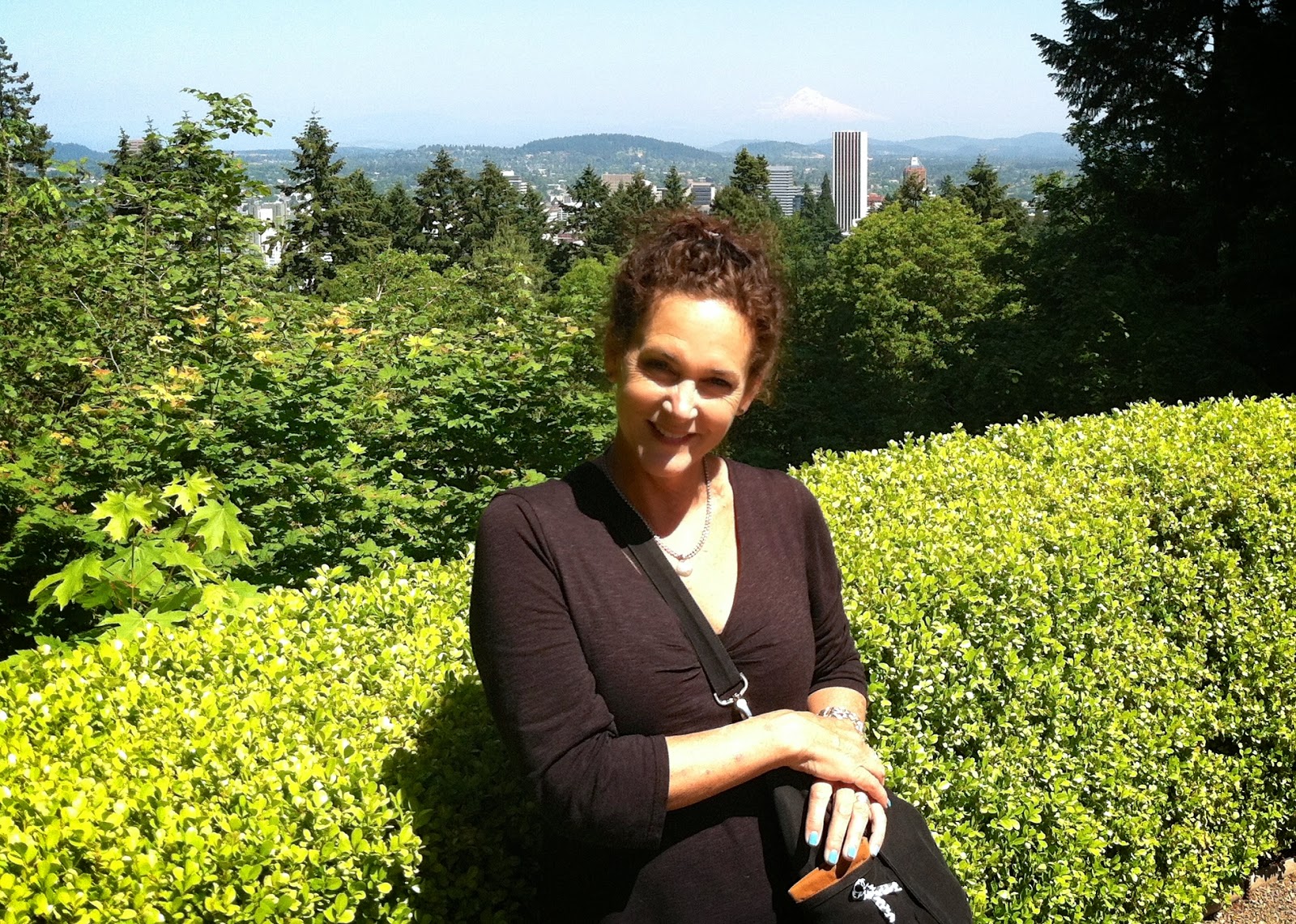 We spent a gorgeous sunny afternoon in the Rose Garden and the Japanese Garden , just a streetcar ride (and a rather long uphill hike) away. We were up for the walk, but quickly realized we could have caught a bus to get us to the top of that hill. It's ok. The exercise was good for us. And I think we appreciated the view that much more because we'd worked for it. Do you see Mt. Hood in the distance? And our apartment is just a couple of blocks to the right of that very tall building. I particularly wanted to see the ikebana exhibit at the Japanese Garden. As with most things these days, I love the minimal approach to flower arranging. Some of the more modern designs we saw kind of missed the mark, I thought, bringing too many components into the arrangement, and ending up with something that looked more like an overblown Costco bouquet than a serene Zen moment. All of them incorporated roses, because it's Portland, and because it's Rose Festival time. There we
5 comments
Read more
More posts