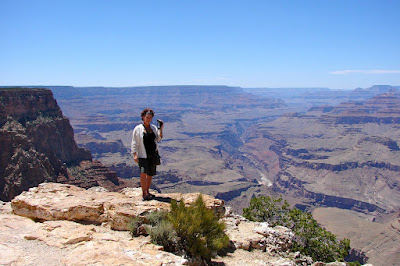 I had a great birthday. But then, every day here is great... or should I say grand? We drove east to the Watchtower, which looks like an ancient native structure, but was actually designed to look that way by Mary Colter in 1932. It's really beautiful, and offers a pretty spectacular view of the Colorado River. 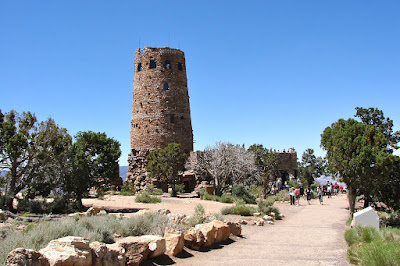 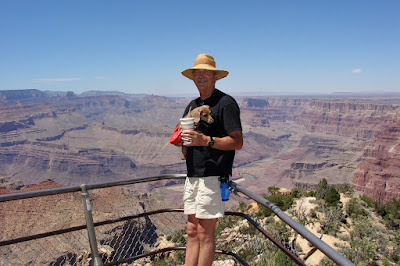 The inside of the building is wonderful too, but of course is filled with touristy crap. They sell necklaces and bracelets that are fake "Indian", fake "silver", fake "Troll Jewelry", with really bad (probably Chinese) lampwork beads. Guess I can't compete with that. I'll keep selling on my website! 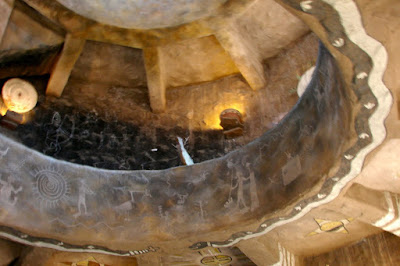 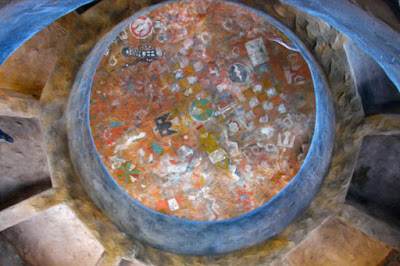 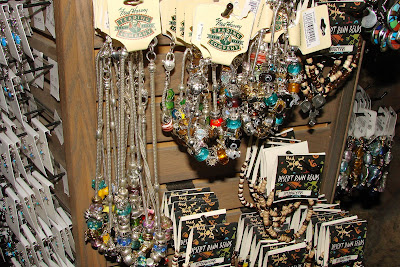 More cool architecture - the Hopi House in the Canyon Village. This one is filled with more artful crap, some actual art, and lots of turquoise and silver jewelry. I stay out of there mostly. I'm afraid I might accidentally buy something... 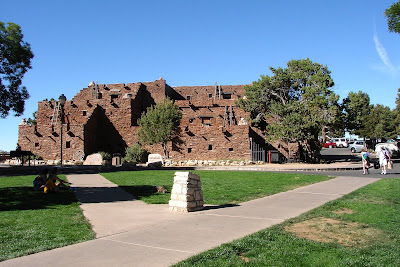 Later in the afternoon, I felt brave enough to head down to check on the condors again. We saw what looked like goats on the sheer sides of the canyon, but later found out they were Desert Mountain Big Horn Sheep. Oy! I need a crash zoology course! 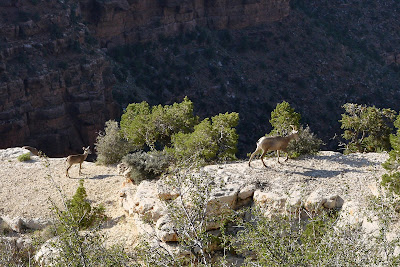 When I talked to Lauren on the phone, she said, "Mom, you're 52. You have to get dressed up and go out for dinner!" My very logical response was something like, "I'm 52, so I don't have to do anything!" We stayed in our dirty clothes and went to my favorite cafeteria at the Maswik Lodge for a nice plate of pasta. It was perfect. The whole day was perfect. 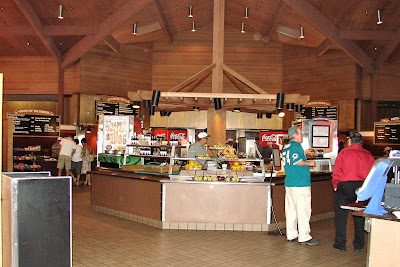 This morning we got up early and went for a condor watch. There were four of them in the trees below the rim, and we waited for over an hour for them to wake up and start flying. We know they were condors this time because the lady with the tracking equipment was there. If I just slow down and take a breath, I notice the difference between the condors and the turkey vultures. Mature condors heads are pinky-orange, not red like the vultures. And they all have visible numbered tags on their wings. Got it. I knew all this before, but I was so excited I couldn't think... We chatted with the guy who supervises the volunteer condor watchers, and it seems like we might want to apply for that gig next spring. Here are a few shots of condor number 87. What a beauty... in a Jim Henson sort of way. What can I say? I love these birds. Time to go back out and see what they're up to! 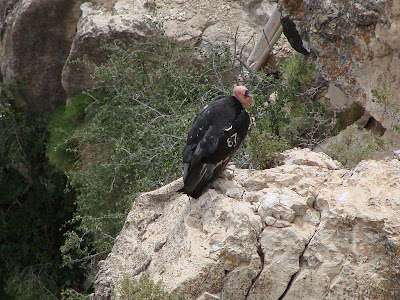 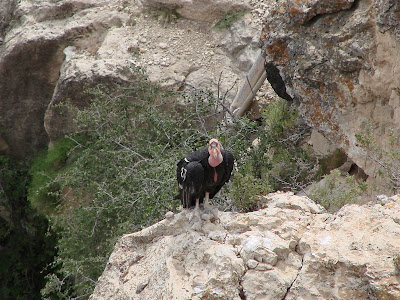 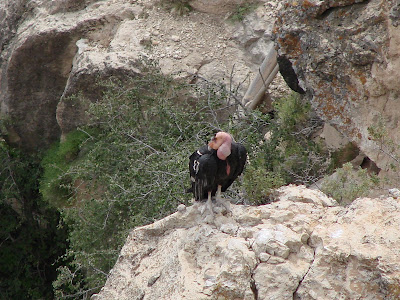