- September 15, 2009
We had dinner with the kids last night, which is always nice, and it's rare to have all five of us together. Not a lot to say about family time like that, except that we really do enjoy each other, and it's good to see them all doing so well. What lovely adults our children have become. 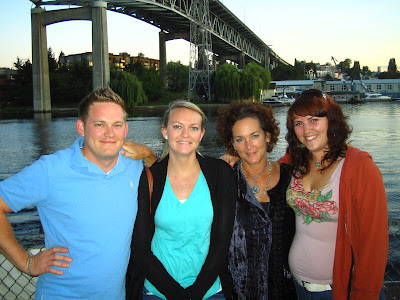 It was a good, but inexpensive, dinner at a Seattle classic, Ivar's, which has a terrific view of Lake Union, and also happens to be right next door to Dale Chihuly's studio. No Dale sightings though. My lotus bead necklace was the only art glass around, which was good, because his is way cooler... 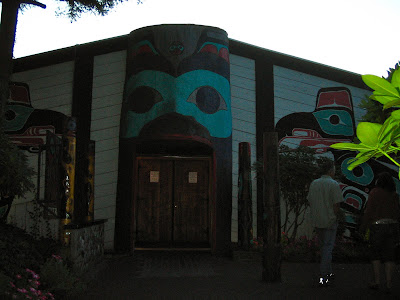 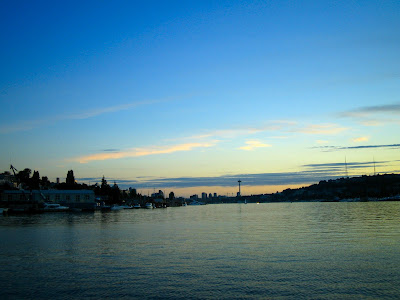 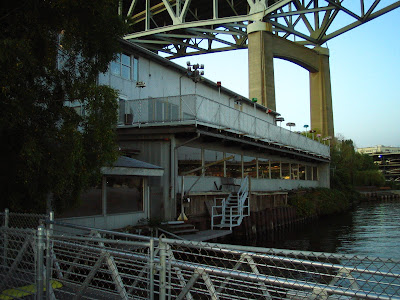 Later we went to Danny's favorite German beer place, "The Stube". Yes, those Germans do make a superior brew. 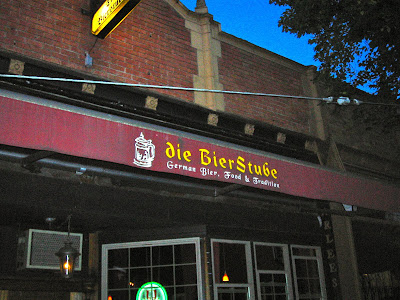 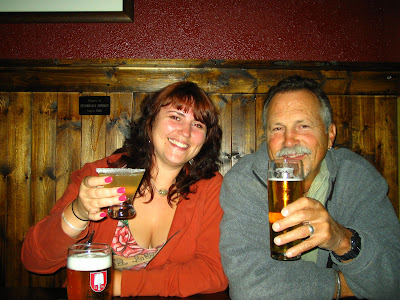 Dropping the kids back at their apartment, we went downstairs to see Danny's famous (in the NW Volvo world at least) Volvo wagon. It's really very adorable. 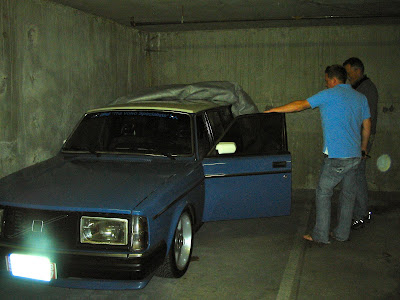 And last stop, up to the roof. What a view. I do enjoy a good view. I don't want to live in Seattle again. Did that already, you know. But it's really nice spending some time here again. Really nice. Two things I'd like to do while we're here are to go to the zoo, which I think we can fit in, and to go see "Wicked", which I'm sure we can't afford. Maybe I'll just read the book again. If I had this deck on my rooftop, I'd read it up there. 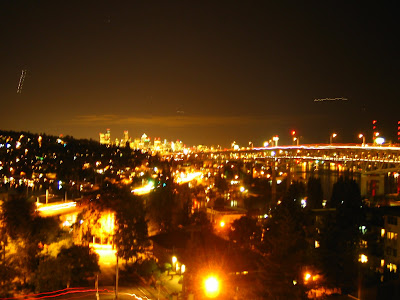