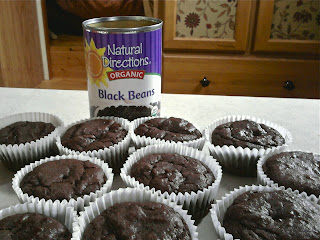 I've been a sort-of vegetarian for over 30 years, and have recently taken the leap into Vegan Land. It was time, for lots of reasons. I won't go into the negativity of the animal raising industry today. We're here to party! But I will say that eliminating meat from our diets is the single easiest way to increase our overall health, heal our ailing planet, and feed the hungry people of the world. If you're even a little bit interested, do some research. I'll post a few links at the bottom of this post. I promise you, you do not "need" meat. And I have been heard to say on more than one occasion that a life without cheese would not be worth living. I was right... A life without cheese is actually worth celebrating!

I made my first attempt at vegan cupcakes yesterday. Cake is important. There are some great books on vegan baking out there, which I will be collecting, but I wanted to jump right in and do some spur of the moment baking on a snowy April day, so I hit the internet. My goal in making any kind of food is to be sure it's actually food, meaning it's made from things that actually are good for my body. I'm not interested in white flour and refined sugar, so that made the search for a really good vegan cupcake recipe that much trickier. I finally found two that were pretty close to what I wanted. One had blueberries and spinach in it. I know, sounds gross, huh? I'll try it later though, because I'm an adventurous cook. What I settled on yesterday was a nice chocolate cake recipe, made with... black beans! How bizarre. I had to give it a go. And know what? They are delicious! Honest! They came out dense and moist and chocolaty, sweet, but not too sweet, and while the beans add moisture, fiber, and protein, you truly can not taste them. The original recipe is here: http://www.egglesscooking.com/2008/12/30/vegan-chocolate-cupcakes/. I made a few little changes, and this is my version of
Vegan Chocolate Black Bean Cupcakes...

Then stir in:
1/4 C brown rice syrup
1/2 C prune puree (I made mine from organic dried prunes and a little water, buzzed up in the food processor. Next time I'll soak the prunes first to soften them)
1/3 C coconut oil
1 can (15.5 oz) black beans - drained, rinsed, and pureed
2 tsp vanilla
3-5 T water - added gradually, until batter is the right cake consistency.

Now about the frosting... again I wanted something made without eggs, milk, butter, and white sugar. This is tricky. I tried two versions - one with silken tofu, lemon, vanilla, and maple syrup, and another with vegan cream cheese. While they were sort of sweet and tasty, they were too runny to put on cake, and really didn't come close to actual frosting. I mixed them together, and served it as "cake dip" at my cousin's house yesterday afternoon. (Cake Dip would be really good as a Strawberry Dip) Mitzi and her friend Serena, both devoted meat eaters, munched down the cakes and dip, and asked for more, so I know I got something right. Now they're helping me search for better frosting recipes. I've got their attention! Who knows, one bite at a time, they might one day decide to leave the meat behind too. It's all baby steps. It took me over 30 years.

Now let's eat some cake!
Happy Earth Day to you!!

The Kind Life: http://www.thekindlife.com/
( I really recommend "The Kind Diet", by Alicia Silverstone)

On Going Vegan: http://www.vegsource.com/harris/going_vegan.htm
(A Kaiser Permante doc speaks up!)

Happy Cow: http://www.happycow.net/vegan_fashion.html
(Know where your leather comes from.)

Nothing will benefit human health and increase chances for survival of life on Earth as much as the evolution to a vegetarian diet.  ~Albert Einstein