- October 30, 2010
The Taos Zombie Stagger was a great success, especially for a first time event. We arrived to find a jam-packed Plaza, filled with creepy zombies and curious onlookers. Everyone milled around for a few minutes, and after some brief instructions, the parade began, right on time. That never happens in Taos, so a lot of people were late catching up. Straggling zombies ran after the pack, and befuddled locals with cameras murmured, It started on time...? 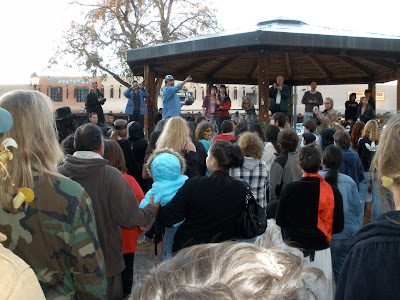 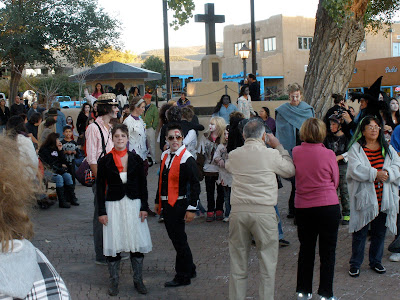 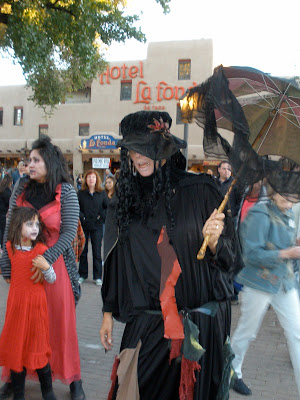 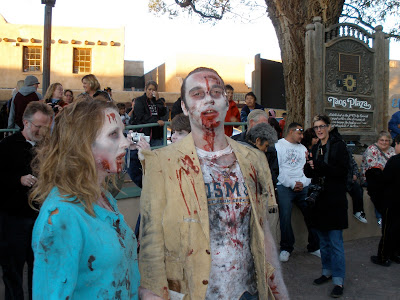 The best costumes made use of some pretty gruesome makeup techniques. And of course some of the kids were just too cool, and too beautiful, to make themselves look ugly on purpose. 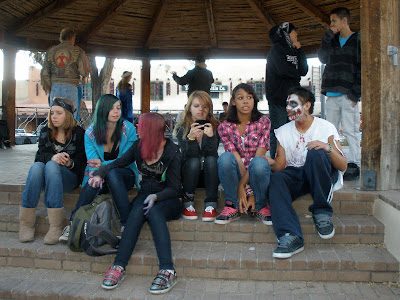 Because this was a last minute decision for us, and because we don't know a thing about scary makeup, Rick and I decided to take the easy route and just wear masks. Being fond of embellishment, even if it's creepy, I added some rubber worms to my already hideous face, and wore a lavender wig, a fabulous hat, an old strand of toy pearls, and a freshly strung "bonehead" necklace. Rick's skull-face mask actually moved with his face, so he was able to open his mouth and groan loudly, and could also breathe better than I could. A lot of people stopped us to take our pictures, and we had a blast stumbling along in good zombie character, but I think next time we'll try makeup instead of masks. It was so hot inside that plastic face. 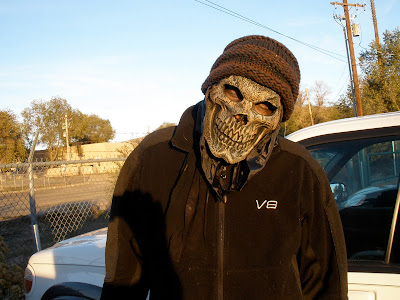 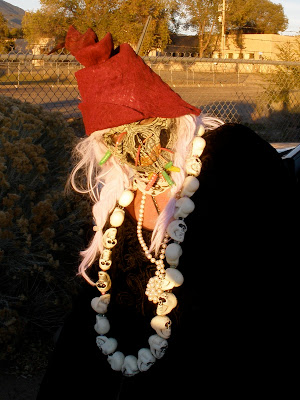 The parade ended at the TCA, where Michael Jackson's Thriller

boomed from speakers in the parking lot. I was amazed at how many of the zombies actually knew the entire dance sequence. I am a humbled zombie, and I vow to learn The Dance, in case I should ever need it again.
So tonight is the Dia de los Muertos Poetry Party, where we will "wear the written word", eat good, warming food, drink Tasty Beverages, and when we're all brave enough, read haiku to each other. I'll have to modify my costume, but the lavender wig and fabulous hat must stay in the mix. More on all this tomorrow!
For now, I'm watching hot air balloons outside my window, and enjoying the smell of the strawberry oatmeal Rick is making for breakfast. I'm no poet, but a flash of haiku inspiration comes to me. Maybe I can use this tonight...
oatmeal and earl grey
sun on the old wood table
good morning sweetheart
day of the dead halloween