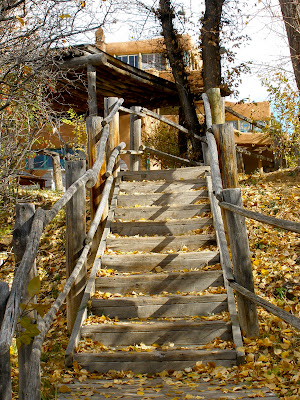 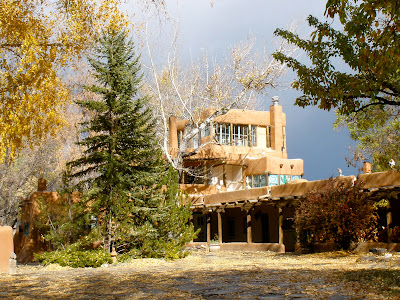 We had our first flurries of snow here in Taos this morning. The fall weather has been so warm and beautiful, it's been hard to realize that it's almost Thanksgiving. It's time for winter to make its way here. I'm thinking back to our first winter in Taos, back in 2001, and the things that kept us busy and entertained and happy. Curious about Taos History, and in particular, some of the early artists who came here, I picked up a book by Mabel Dodge Luhan. I've read several books about, and by her, but my favorite is still Winter In Taos 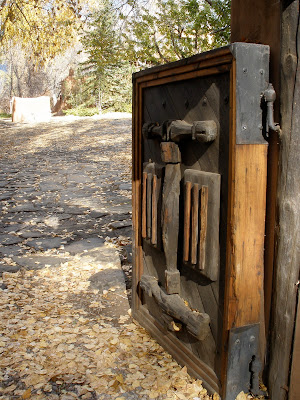 The Mabel Dodge Luhan House is now a beautiful inn that houses tourists, and hosts workshops throughout the year. We like to visit every so often, just to walk around the grounds and imagine the people who have come and gone from there. Mabel was a "gatherer" of talented people such as Georgia O'Keefe, DH Lawrence, and Ansel Adams. She was wealthy and scandalous, and from what I've read, cared little about what others thought of her. I wish I'd known her. 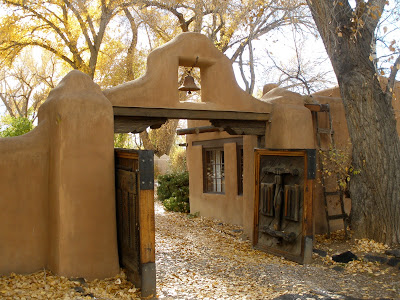 On a recent visit to the house, Rick and I spent some time enjoying the outdoor views and changing leaves. It's a large and elegant house, but in a solid, down to earth way. I'm not one for big houses, but if I were offered this one, I think I'd have to take it. 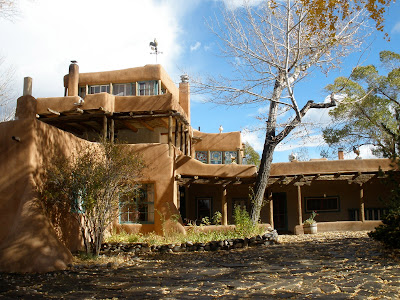 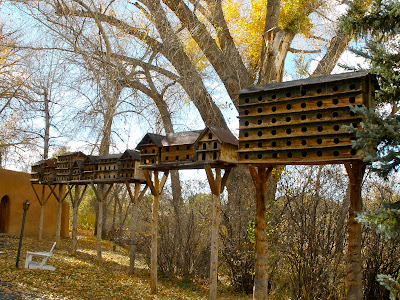 My experience in Taos has certainly not been like that of Mabel Dodge Luhan. But from the beginning of our time here, I've felt a sort of kinship with her. I know it's silly. I think she was such a force of nature, it's still possible to connect with her in some way. Time spent at Mabel's house is a good way to get a feel for what Taos was like in the early 1900's, when the world was different, and Taos was just beginning to blossom as an art community.

For more information and reservations at the Mabel Dodge Luhan House, please visit their website.
Read more about Mabel and Taos History:
Taos And Its Artists

Edge of Taos Desert: An Escape to Reality