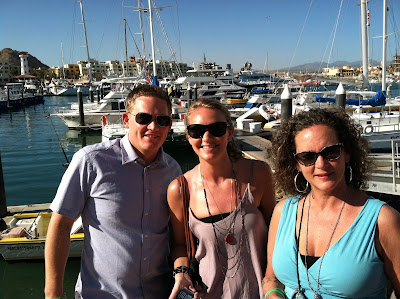 We had the best trip ever to Cabo, to celebrate my son Danny's 30th, and my daughter Lauren's 26th birthdays. It was Danny's call, to have his party there, and Rick and I were proud to be the only "old people" in our group of ten. Except for one night when I just couldn't walk another step, I think we kept up pretty well. We had the "all inclusive" package deal at Solmar, which worked out great. 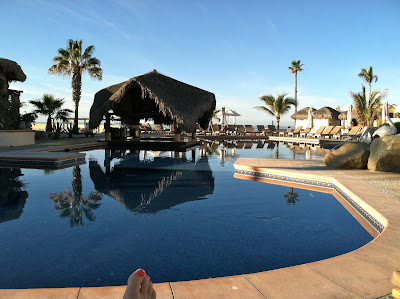 We spent a lot of time by the pool, and were never without food or tasty beverages... once we figured out that even though tips are technically included, the service gets a whole lot better if you slip your waiter a few bucks or pesos at the end of a long hard day in the sun. 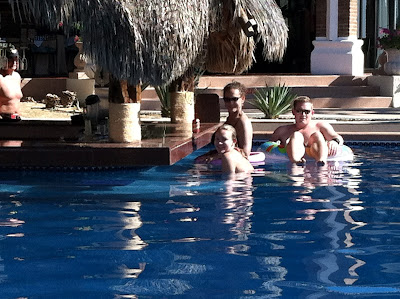 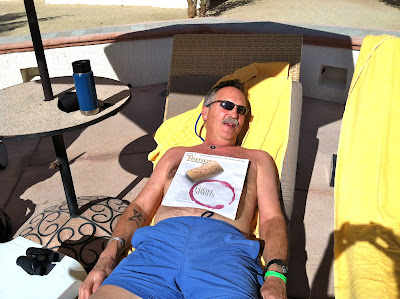 Communication is tricky enough in our own country, and when the desk clerks themselves neglect something as important as the intricacies of tipping, it can get kind of awkward. That passed quickly though, and now I have to say I'm a huge fan of All Inclusive. In fact, it seems to me, life itself is all inclusive really. When you get the energy flow going right, you ask, and you receive. It works almost as magically as that neon green plastic bracelet we all wore for a week. It has me thinking about designing some kind of All Inclusive Bracelet we can all wear any time, to remind ourselves that everything we need is always in reach. Sometimes we just have to ask. 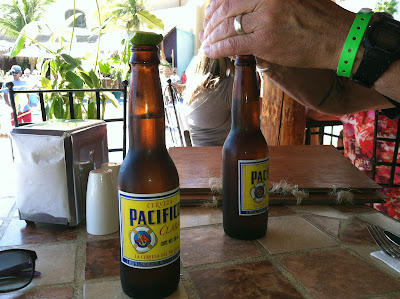 Except for my trip to Seattle last summer, this was our first time out of Taos since we returned from our big RV Adventure almost a year and a half ago. It was too long to stay put, and now we're eager to get going again, as soon as we possibly can. The first thing to do is buy some new luggage. I discovered the morning we left, in the Albuquerque airport parking lot, far, far away from the terminal, that one of the wheels on my large check-in bag is broken. I had to drag it the entire way, and apologize for its brokenness to several hotel workers who wrangled it for me during the trip. It was something like dragging a dead dog along by a handle... not that I've ever done that, but you know what I mean.

I'm a big fan of traveling light. In fact it's sort of a hobby for me. But when I have a great big bag, more than likely, I'm going to fill it. I was careful this time, but because we took some vegan snacks along for the ride, and because I just threw in full sized bottles of shampoo and lotion and such, that bag weighed nearly 50 pounds. That's a lot to drag around. I actually wore everything I packed, which I think is a first for me. I could have done with only two pairs of shoes instead of three, and really could have left an outfit or two at home, especially if it was just Rick and me. I bought my current luggage years ago, before the airlines got all pinched up about checking bags. My humble set of two bags weighs 25 pounds before I even put anything in it. It's time for an upgrade.

I have my eye on a well planned, small rolling duffle from eBags, and a similar one in backpack style for Rick. With those and a nice zippered tote, we could carry everything on, and move about any country we choose with ease.

The next question is where to go next, and then, how to afford it. To be honest, I don't really care where we go as long as it's nice, and preferably warm and beachy. The money part is the real glitch, but I'm not going to let a little thing like that daunt me. I have grand post-vacation ideas of becoming a vegan travel writer, and I think I could do it. (Read more about the food on this trip on PositivelyVegan) So I'll be writing and researching and dreaming. And making beads too, because I still like to, and because they're still gracious enough to pay the bills. Maybe starting something entirely new is just a dream, but then again, maybe not. We've seen me put some pretty crazy stuff into motion in the past. With the right bags, a good internet connection, and Rick as my lovely assistant, I think I can do just about anything. All Inclusive, of course. 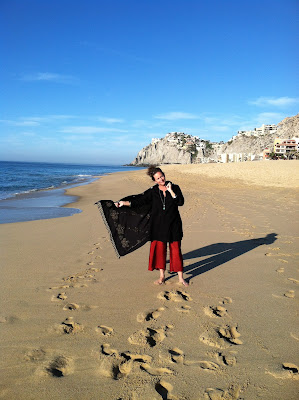