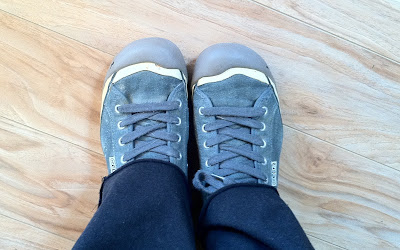 When I have a lot to do, I seem to get more done, in less time, if I slow down a little bit. It's kind of like thrashing around in the water vs. relaxing and going with the current. It's been that kind of week for me. I'm here by myself for a few more days, and I've had a steady stream of projects in the works. I've been following my interest wherever it leads, jumping from one thing to the next, wandering back, finishing, starting, finishing another. I'm really enjoying this organic flow of creativity. Here's what I've finished in the past week... None of these are big projects, and the seat cushion was almost finished, so I only had to put it together. I did start another one this week, and it's almost finished, but not quite, so it didn't make the photo. The little bags are something I've circled back to many times over the years. I just love making them every so often. The little bottles are dressed up with some cu
Read more