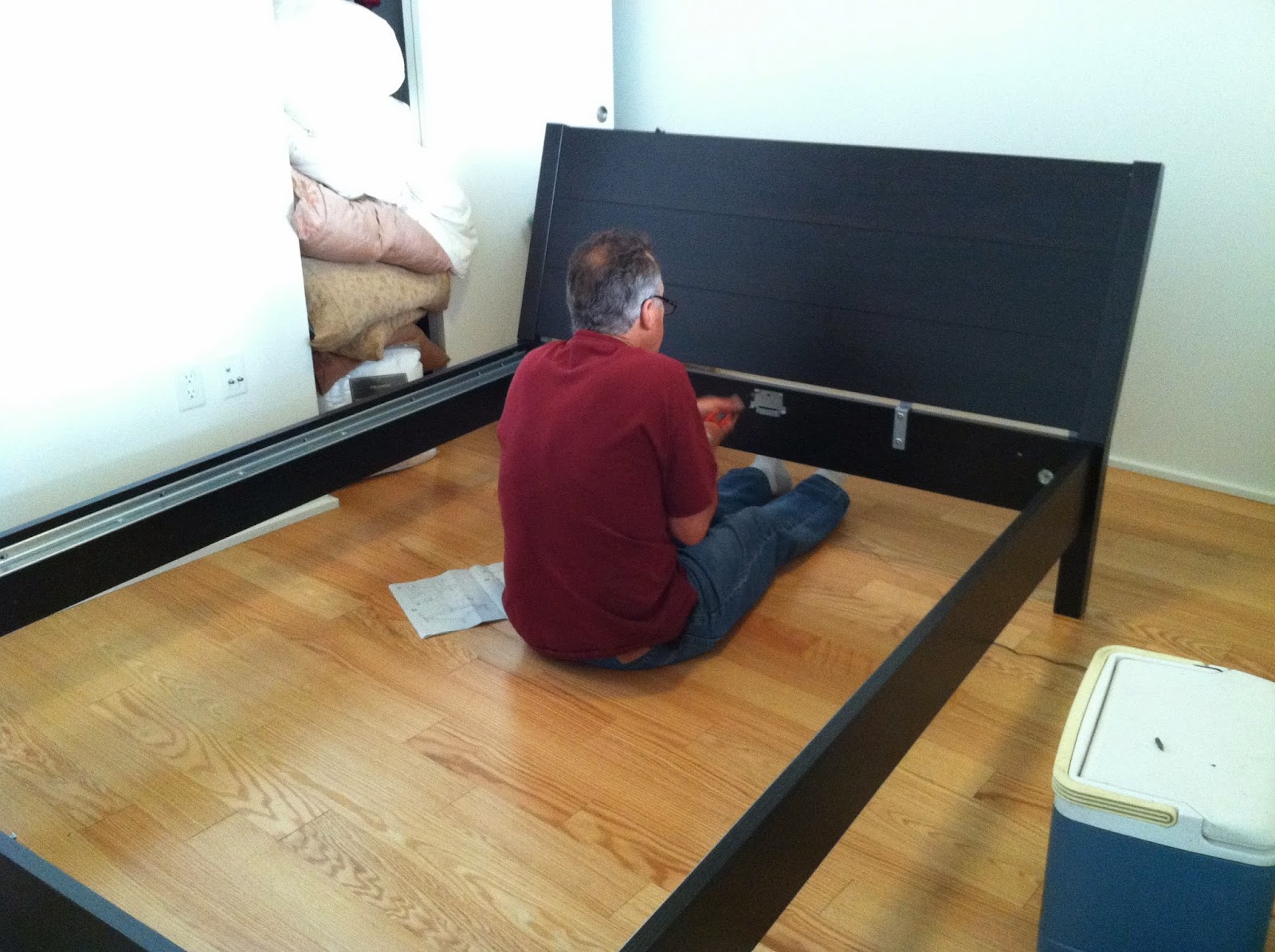 We've finally finished ferrying stuff from the storage unit that's 20 minutes from here, and either finding the right place for it in our new place, or stuffing it in an even smaller storage "cage" in the basement of our building - for an extra monthly fee of course. We've also made three major trips to Ikea, and either hauled home, or had delivered two tiny rooms full of furniture. This, of course, needed to be removed from flat boxes and assembled. And this, of course, mostly fell on Rick because he's the big strong man and because he likes puzzles and tools. 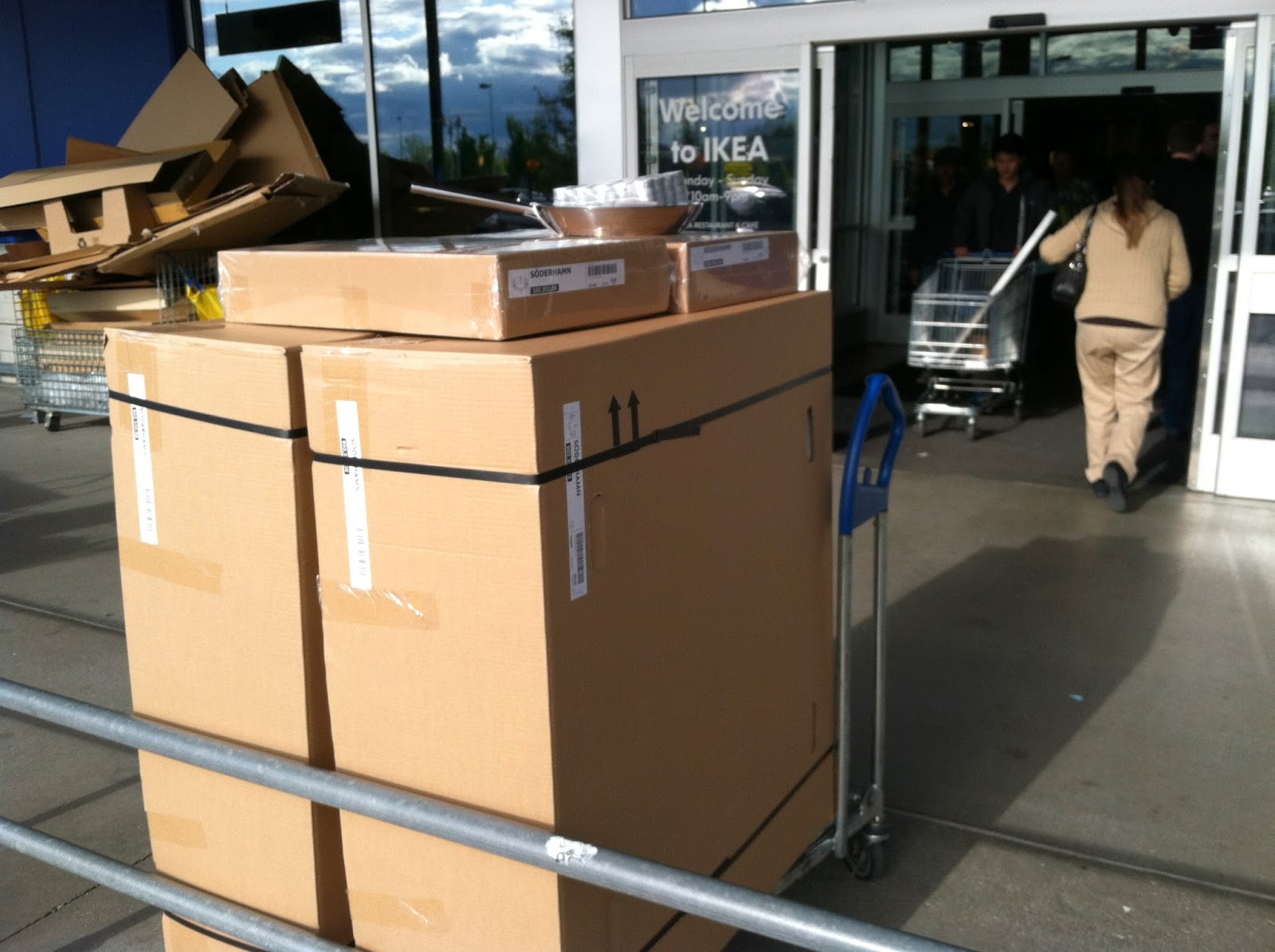 The only specks of furniture from our past life are two nightstands, which also happen to be from Ikea, and only made the cut because they have good storage and doors that close. The only other piece we brought is my antique oak dresser, with its carved mirror and built in hat box, and it does't even fit in the apartment (visually or physically). We could't have known that ahead of time, and I'm not sure I could have given it up even if we'd known it would have to go in storage. I've had this thing since I was in high school. And although it's in desperate need of refinishing, I love it too much to let it go to anyone other than family. Nobody in the family wants it, and I don't blame them. So it sits in a giant cage along with piles of boxes that now contain mysterious, unknown objects that we thought we needed just a few weeks ago.

I need to have a yard sale. I don't know how to do that in an apartment, but I do know I need yet another big downsizing. Sigh... All that Wonderful Stuff. Our Stuff. Valuable Stuff. Useful Stuff. Precious Stuff. I can name three things in those boxes. And the rest... I have no idea at this point.

So here we are, with what's basically one big room, furnished with New Stuff, which makes me happy. We sold all our old furniture, with the exception of the dresser and nightstands, so we had to fill this place with something other than camp chairs and sleeping bags. I considered shopping thrift stores and vintage. I believe in re-using. But the truth is, I wanted New Stuff, stuff that didn't smell like other people, stuff that suits our new place and new life. We spent far less furnishing our new place than what we made selling the things from our old one. So no regrets there. I love what's happening here. What I don't love is the cage in the basement, and I'll have to figure out what to do with all that soon. 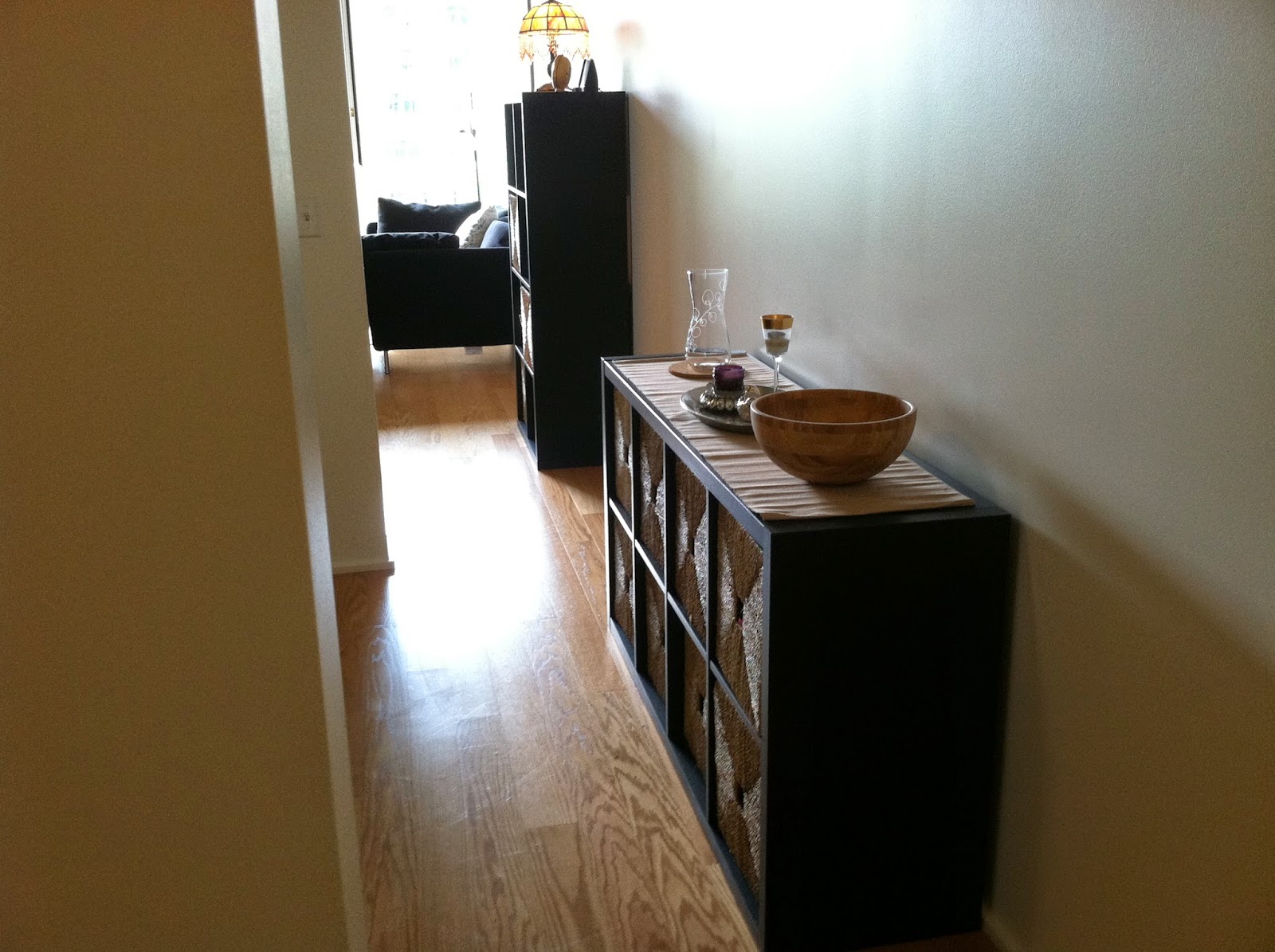 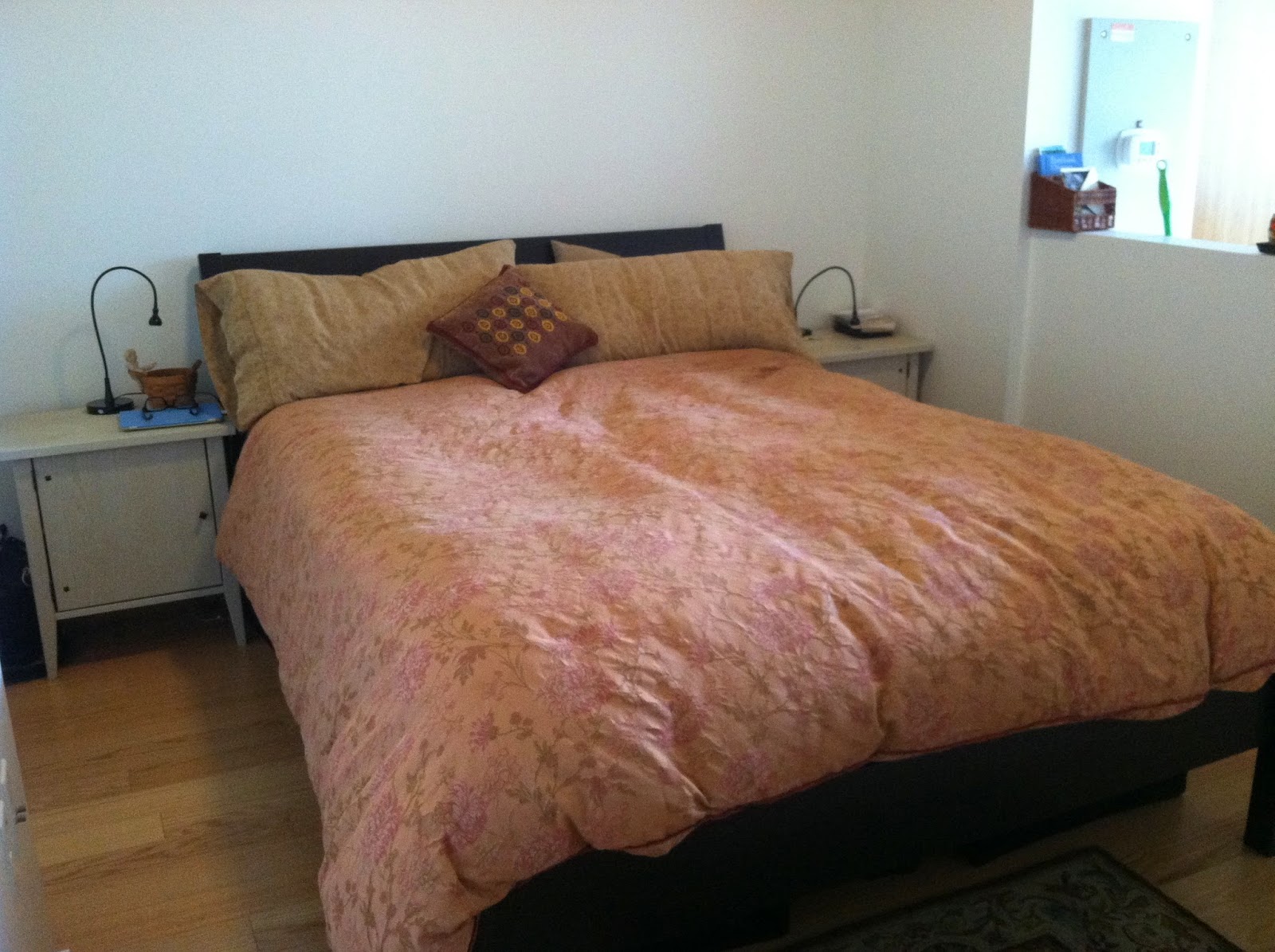 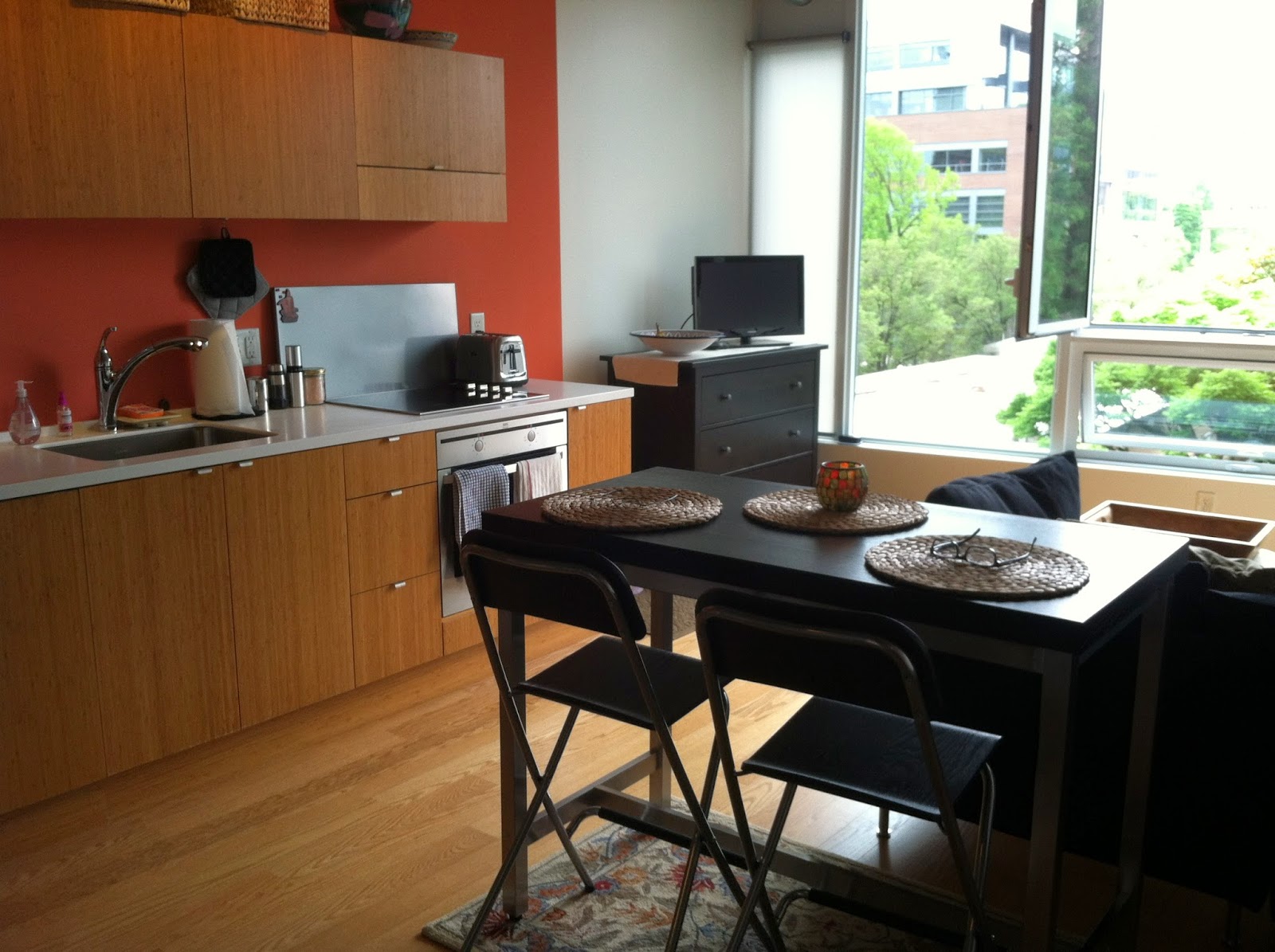 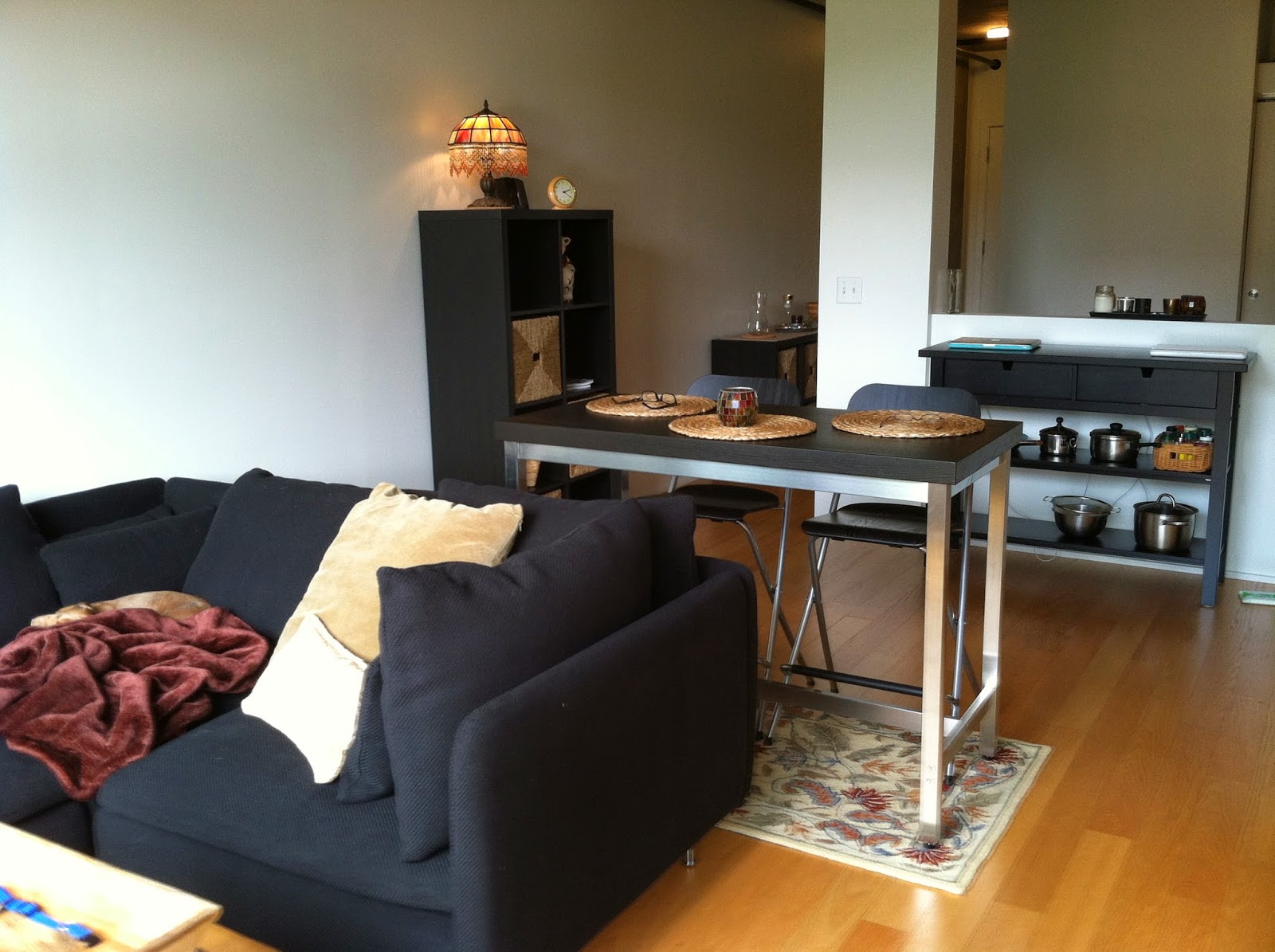 There's nothing on our walls yet, and I think that's appropriate. This new life we're making is a big blank canvas. We'll fill it, and the walls, little by little, as we continue to let go of the things that no longer suit us. I suspect we're talking about more than mere material objects here, but that's a topic for another day. For now, welcome to our new apartment. If you visit, and insist on bringing a housewarming gift, please be sure it's consumable, like flowers, candles, wine... I have all the Other Stuff I need, downstairs, in a cage. In fact, if you visit, please take some of it with you when you leave. 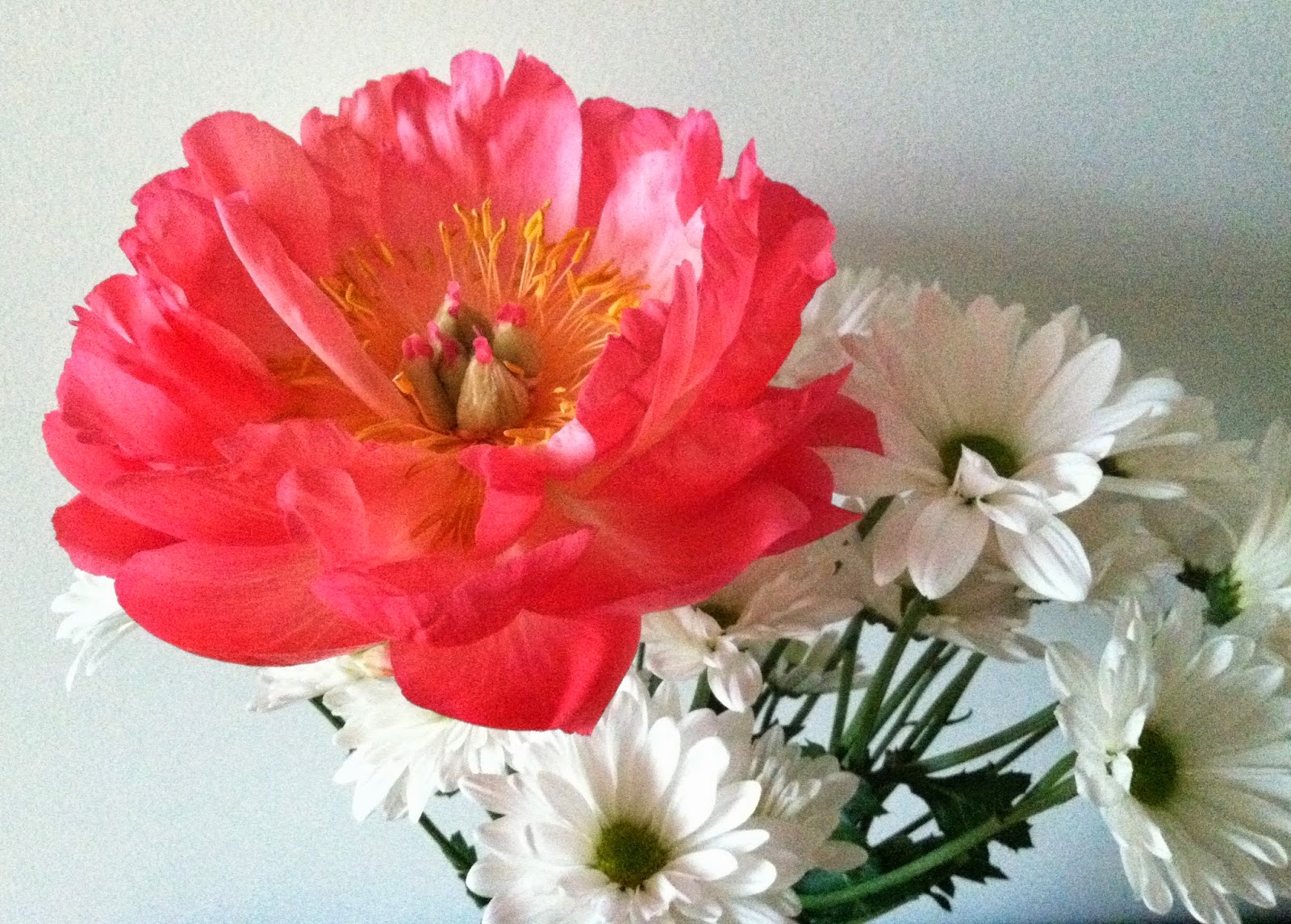