- December 06, 2017
As an imperfect vegan, I do my best to knit with non-animal fiber yarns. I'll talk more about that in a future post. For now, I'll just say that sometimes I find myself in a similar situation to my darling husband, Rick, when he becomes "vegan between parties" and plunges face first into the baked brie.

My personal downfall is not cheese. It's yarn. If someone gifts me with a ball of handspun wool, or shares some beautiful cashmere or merino they (unfathomably to me) can't use, I happily adopt it and immediately start thinking about what to make with it. It's "rescue yarn," so it's all OK.

I will also admit to sometimes being "vegan between yarn stores." When I wander into a soft and fluffy fiber shop, my hands wander the shelves, fondling skeins as if they were puppies. I make little cooing sounds. I rub yarn on my neck to see if it's scarf-worthy. And then... I usually buy something. I can't help it.

On a recent trip to Cannon Beach, I popped in to Coastal Yarns, as I pretty much always do when we're down there. It's such a welcoming little shop, and the only yarn store anywhere near where we live. I want them to stay in business, so I buy yarn. That's how it works. They have a nice little section of plant-based yarns, which is where I look first. But on this particular day, I was kind of magnetically pulled to the alpaca area, where I spent a considerable amount of time justifying my need for some soft alpaca yarn.

(A few days later, a friend who used to raise alpacas told me that they love having their excess fleece removed, as it gets matted and makes them overheat. I loved having my excess guilt removed. Thanks Tina!)

I settled on a single skein of off-white baby alpaca, and took it home with a plan to make a hat. I let it just hang out with me, like a little pet, for several weeks before I decided to use it. By that time, it no longer wanted to be a hat. It wanted to be a scarf, but with only one little ball of yarn, a scarf was out of the question. Luckily, there was just about the right amount for a cowl. So a cowl is what happened next - after some trial an error. 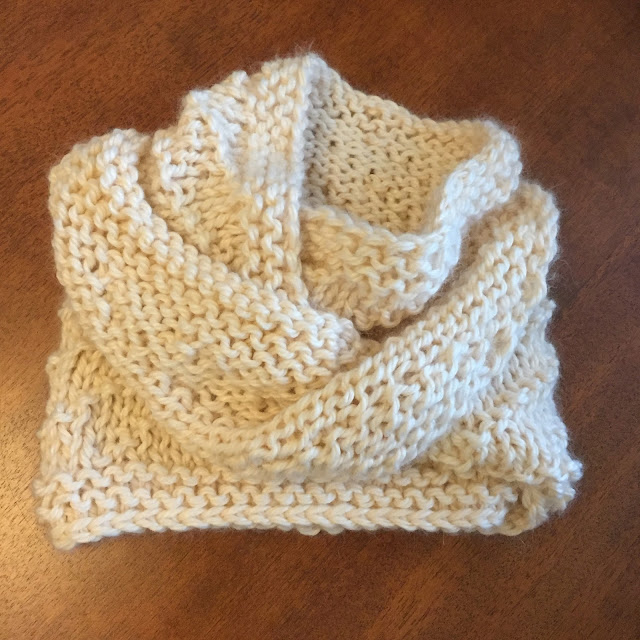 Being inexperienced with alpaca, I didn't know that it's very soft softness also means it doesn't have a lot of body or spring or elasticity. Alpaca has a short memory. At least this particular brand did. I made the entire cowl, took it off the needles, and watched it completely lose its shape, stretching into a long, drapey mess that was somewhere between a cowl and an infinity scarf. It was, in fact, neither one - too long to snuggle up around the neck, but too short to double. Another failure! Yay!

I took it apart, which I know seems bad, but really isn't. I got to knit my beautiful, special yarn twice! Not only was it twice the fun, it was suddenly recycled too! And the second time around, it came out perfect. It might become a gift, or maybe I'll keep it. I'll know when I know. And I'll make more too. If you want one, drop me an email. 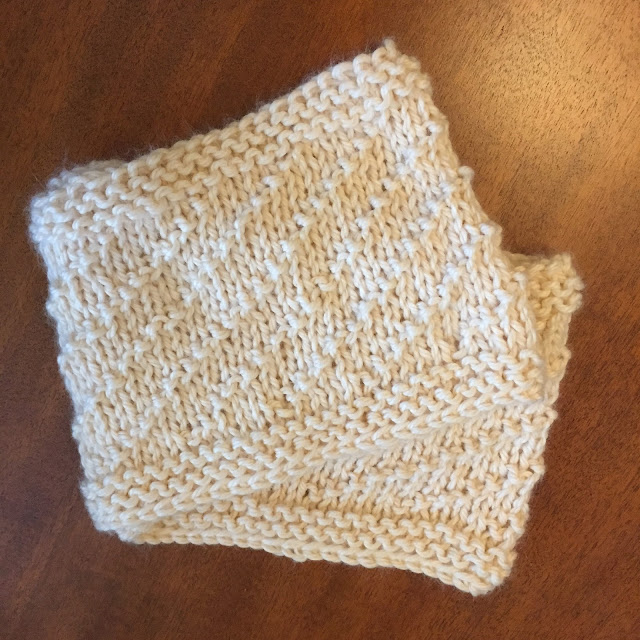 If you want to make one for yourself, here's the general how-to. Adjust to work with whatever precious bit of yarn you have. Maybe take it apart and knit it twice if you want to, just for the love of it.

This cowl can be worn doubled, to keep the chill away from your neck, or in a long, elegant loop. It's really pretty either way.

Note: I used my little postal scale, set on grams, to figure out how much yarn went into a round, and to get the most out of my single skein. It took just about 3 grams of yarn per round. I also counted the rows and measured in inches for you, so with luck, you'll be able to use all but the last few inches of your yarn.

Center Section: K4, P1 around, every round, until the center section is about 5 inches wide (22-ish rounds). The purl stitches will be offset, creating the slanting lines. 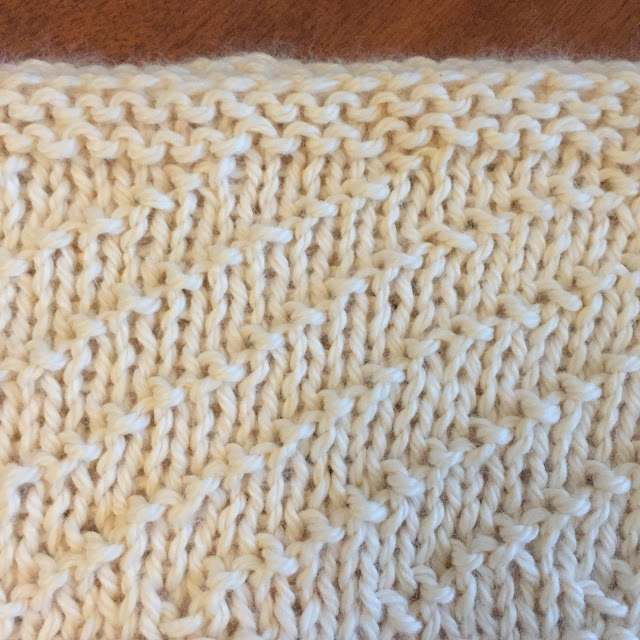 I blocked this one, to see how it would look, but it really didn't make any difference at all. Next time I'll skip the bowl of water until it's time to wash it. This yarn wants a very gentle hand wash, with little or no soap. Then squeeze out most of the water in a towel and lay it flat to dry. It might take a couple of days. Be patient. Your yarn always is. 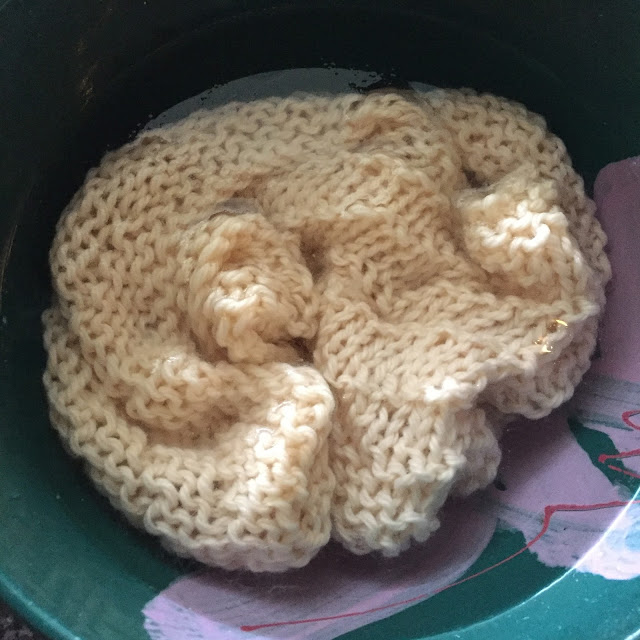