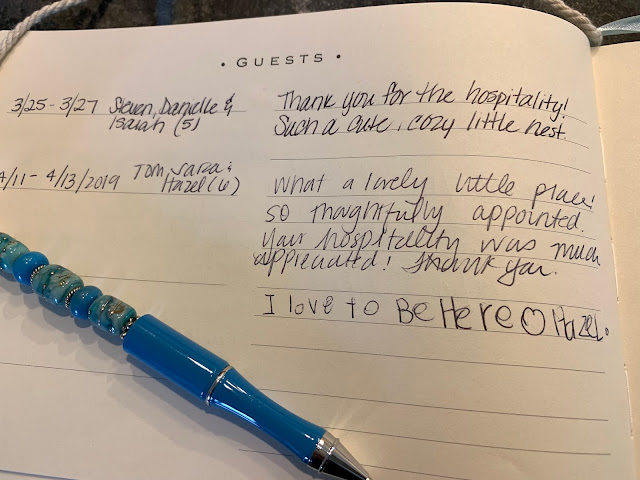 As Airbnb hosts, we get an interesting array of guests here at Mermaid's Nest. Most people are perfectly nice - friendly enough coming and going, but there's no connection made, and we know we'll probably never see them again. A few are truly horrible. No point in dwelling there... we hope we'll never see them again. And then, every so often, we'll have guests who are nothing short of adorable. Those are the ones we wish would move in right next door and be our friends.

We recently hosted a family of three, just down from Seattle for the weekend. The mom and dad were great, but what was best about them was their daughter, Hazel. She was a curious and generous six year old, who loved to play on the beach, even in the rain.

When they arrived, they unloaded the car and headed straight for the sand. They came back a while later, soaking wet and smiling, with hands full of treasures. Hazel proudly showed me the whole sand dollar she'd found, and we told them where to look for cockle shells on their next walk.

A few minutes later, there was a knock on our door, and there was Hazel, holding out another sand dollar, this one terribly broken, with most of the top domed part completely gone. She handed it to me shyly, as her mom told me that she thought I'd like it because I could see what's inside. (heart-melt) I like it very much.

After two years living at the beach, I'm kind of a seashell snob. I leave whole sand dollars for someone else to find because I have more than I know what to do with. Cockle shells are my favorite prize, though I'll only take them home if they're perfectly unbroken. But Hazel's mangled sand dollar now sits in a special place in our house, right by the front door, on the nest of crystals - a gift from a bead friend, many years ago. 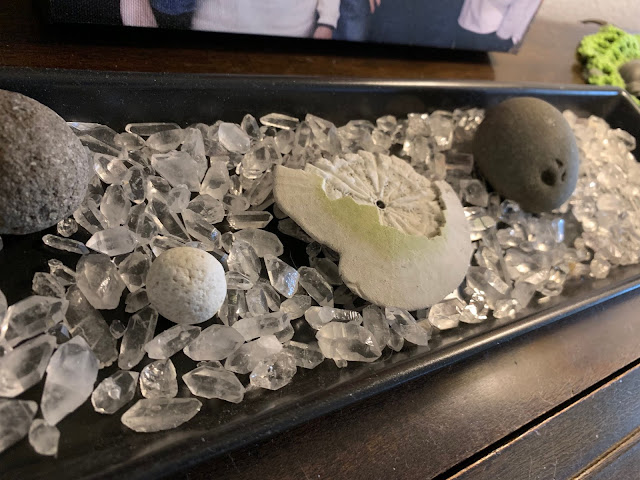 As it neared check out time on the day Hazel and her parents were leaving, I suddenly had the idea to make a bracelet for her. A friend had given me a package of cute little mermaid buttons - another gift! - and I knew one of those would be perfect for my young friend.

I crocheted a quick little bracelet, and finished it up just in time to give it to Hazel before they left. I showed her where I was displaying her beautiful sand dollar, and asked her if she had seen any mermaids on the beach. No... she said. I replied... you never know. Maybe next time. 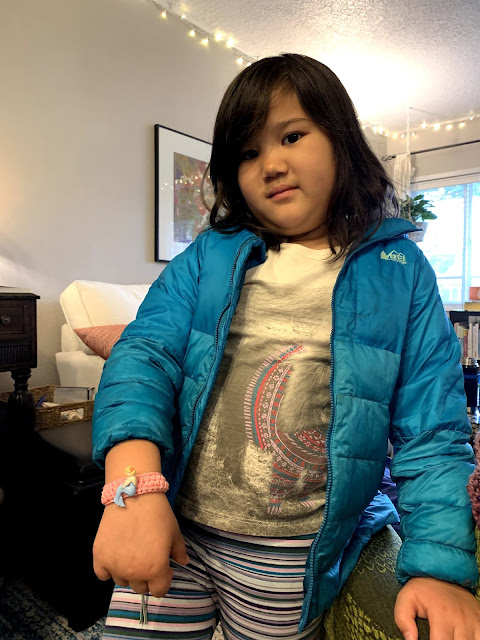 I'm pretty sure they'll be back.
This is why we do Airbnb.